For five horrific weeks in 1831 – 1832, Jamaica was convulsed by an uprising of its enslaved people. What started as a peaceful labor strike quickly turned into a full-blown revolt, leaving hundreds of plantations in smoking ruins. By the time British put down the rebels, more than a thousand Jamaicans lay dead from on-the-spot executions and extrajudicial murder.

While the rebels lost their military gamble, their sacrifice accelerated the larger struggle for freedom in the British Empire. The daring and suffering of the Jamaicans galvanized public opinion, resulting in the decisive turn against slavery. For centuries cruel bondage had fed Britain’s lust for sugar. Within two years of the rebellion, slavery was abolished.

Island on Fire is the dramatic day-by-day account of this transformative uprising. A skillful storyteller, Tom Zoellner goes back to primary sources to tell the story of the men and women who tasted liberty for a few brief weeks. He memorably evokes the sights and sounds of the Caribbean in the 1830s; provides the first full portrait of its enigmatic leader Samuel Sharpe; and gives us a poignant glimpse of the dreams of the Jamaicans who died for liberty.

“An engaging history of the horrific system of slavery practiced in Jamaica and the slave revolt that finally killed it. . . . Resurrecting this important historical episode, Zoellner moves nimbly through the research, giving an exciting account of the events as well as the significant consequences when the news reached England weeks later.” — Kirkus Reviews (starred review)

“A pounding narrative of events that led to the end of slavery in the British colonies . . . Zoellner’s vigorous, fast-paced account brings to life a varied gallery of participants black, white and ‘colored’— the then-standard designation for quasi-free people of mixed race.” — The Wall Street Journal

“Highlights the lives of the many Jamaicans who sacrificed their lives for freedom, putting it in the context of Britain’s passage of the Slavery Abolition Act of 1833. Impressively researched, this is a valuable addition to Jamaica’s documented history.” — Southern California News Group

“Tom Zoellner tells the story of Sam Sharpe’s revolution manqué, and the subsequent abolition of slavery in Jamaica, in a way that’s acutely relevant to the racial unrest of our own time. Island on Fire is impeccably researched and seductively readable.” — Madison Smartt Bell, author of All Souls’ Rising

“With vivid prose, Tom Zoellner captures the horrors of the brutal sugar plantations of Jamaica as well as that brief but transcendent moment when a group of enslaved people sought, against tremendous odds, to transform the island into a space of liberation. Island on Fire offers a haunting parable of how history is made and remade up to the present day.”  — Karl Jacoby, author of Shadows at Dawn

“Island on Fire is a gripping account of the five weeks when Jamaica burned in a rebellion led by enslaved preacher Samuel Sharpe. Tom Zoellner recounts these dramatic events with great energy and detail, crucially setting Sharpe’s story—which until now has not been well known away from the island—in the wider context of the struggle for abolition on both sides of the Atlantic.” — Carrie Gibson, author of Empire’s Crossroads

“A riveting recounting of the causes and consequences of the war for emancipation led by Samuel Sharpe in Jamaica. Island on Fire catalogues in vivid detail the price that the freedom fighters paid for saying ‘no’ to continued enslavement against the backdrop of a growing antislavery movement on both sides of the Atlantic. It is a chilling reminder of colonial British brutality. One will need a strong stomach to read this moving account without shedding tears.” — Verene A. Shepherd, author of Livestock, Sugar and Slavery: Contested Terrain in Colonial Jamaica 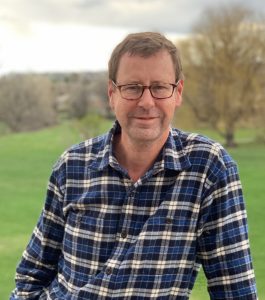